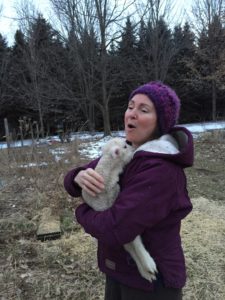 ~   Providing Waldorf courses, workshops and retreats for teachers and parents, plus video subscriptions, and Zoom live streaming of classes and events  ~

We offer courses in Waldorf education for the young child.  Course offerings include anthroposophy - the basis for Waldorf education, Spacial Dynamics® - an anthroposophic movement practice, developmental movement and speech, early childhood development, therapeutic aspects of early childhood work, music for early childhood in the mood of the fifth, eurythmy, Werbeck voice, handwork for parents and teachers making dolls, puppets and story aprons, inner work, singing and self-care.  Our faculty are Waldorf trained and certified and have presented at Waldorf Teacher Training Centers, Waldorf Conferences and Waldorf Schools throughout the world.

A large part of our offering is the developmental movement and speech work created by Wilma Ellersiek in Germany starting in the 1960’s. As a professor at the Stuttgart Music Academy, an anthroposophist, musician, movement and speech specialist, she realized with modern lifestyles the young child was deprived of critical developmental experiences.  Along with Klara Hattermann, the Waldorf Early Childhood Educator who inspired the growth of Waldorf kindergartens throughout Europe, and Margaret Costantini, a Waldorf Early Childhood Educator and teacher trainer in Hannover, Germany, Mrs. Ellersiek created a large body of work to support the healthy development of the young child.

As society became more focused around screens and digitalization, the movements and vocal stimuli required by the brain for healthy development, were no longer readily available in the day-to-day life of children.  Her research into the effects of rhythm, movement and language on the young child led to the development of the first finger plays, touch plays and large movement journeys.  Working closely with Klara Hattermann and Margaret Costantini, who experimented with these little plays in the laboratory of their kindergarten classrooms, she created a large body of work to provide all that the young child needs to flourish and develop fully in the foundational early childhood stage of life.

Since then her work has been developed and carried forth spreading from Germany throughout Europe and the rest of the world.  Today her work is translated into at least 17 different languages and is practiced on every continent.  In the English speaking parts of the world we are fortunate to have the translations of Kundry Willwerth.  She dedicated over 25 years to this work, and translated six volumes of finger plays, gesture games and large movement journeys from German into English.

Kundry Willwerth was a Waldorf kindergarten teacher for over 30 years.  She directed Magic Garden Puppets, a marionette theater group  which performed throughout central New York State.   She presented workshops throughout North America and internationally.  Kundry was a founding member of the Stuttgart Hand Gesture Working Circle and trained teacher-trainers from the US, Canada, Brazil, Europe and Australia.

Lynn is a certified trainer in the developmental
movement for early
childhood created by Wilma Ellersiek and a Spacial Dynamics®
practitioner.  She was the founding teacher of Applesong Kindergarten, an innovative parent collective in Lyons, Colorado.

Lynn St. Pierre began studying with Kundry Willwerth in 2008. She apprenticed and co-taught with her for many years.

Lynn has been a member of the Stuttgart Hand Gesture Circle and continues to collaborate with colleagues in Hannover, Germany.

With her introduction to Waldorf education initially as a parent, Lynn especially enjoys working with parents at Waldorf Schools.

Laurie Clark is lead kindergarten teacher at The Denver Waldorf School and mentors Waldorf teachers around the country. She has been teaching Waldorf  kindergarten for 27 years and is Director Qualified in the state of Colorado.

Laurie is co-author with Nancy Blanning of the book Movement Journeys and Circle Adventures: Movement Enrichment with a Therapeutic Emphasis for Early Childhood.

She earned her Associate’s degree in Early Childhood Education, attended the Teacher Training program at Rudolf Steiner College in Sacramento, California, and completed her remedial training with the Association for a Healing Education program.

Dr. Lakshmi Prasanna is a pediatrician (neonatologist) with 25 years experience. Before starting her private practice, she was the Head of the Department of the Child Development Unit at Apollo Hospitals, Chennai. She then founded Little Hearts Children's Hospital in Hyderabad, India in 1997. Dr. Lakshmi also founded the Saandeepani Centre for Healing and Curative Education in 2004 (in Hyderabad) for children with special needs and developmental delays.

The primary focus of her work has been with Steiner schools in Australia as a school doctor. Dr. Lakshmi was the President of Anthroposophical Medical Society in India, and is very well regarded across multiple geographies for her integrated approach to health and well being.

Cynthia Aldinger is founder of LifeWays North America, dedicated to the support of healthy early childhood programs and parenting practices.

Author of Life is the Curriculum and co-author of Home Away From Home, Cynthia presents throughout North America and internationally, as well as through numerous online courses.

She served fourteen years on the board of the Waldorf Early Childhood Association of North America and was a founding teacher of Prairie Hill Waldorf School in Wisconsin.

A mother and grandmother, Cynthia’s passion is the preservation of the playful spirit of childhood and helping to create environments that provide the comfort, security and activities found in a healthy home.

Offered at schools throughout the US & Canada, Ghana, Kenya, South Africa, India and Switzerland